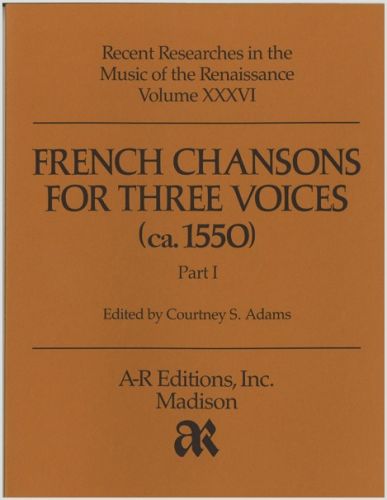 Add to Wish List
Abstract
The sixty-two chansons of this two-volume anthology reflect a variety of musical styles and include texts of popular as well as courtly flavor. Such well-known composers as Pierre Certon, Claudin de Sermisy, and Adrian Willaert are represented, along with a number of lesser-known musicians. Of particular interest is Gardane's earlier print, in which he misattributed all the chansons to Janequin.
Copyright © 2023 A-R Editions. All rights reserved