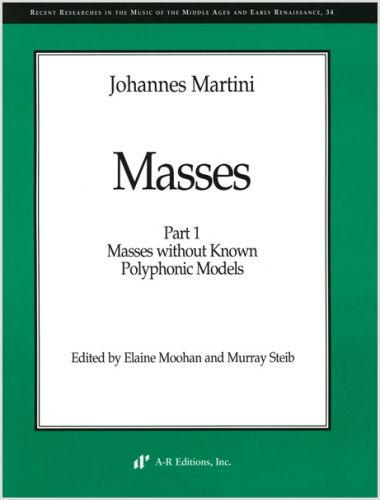 Add to Wish List
Abstract
Johannes Martini was an important composer active between the generations of Ockeghem and Josquin, principally during the 1470s and 1480s. Although polyphonic borrowing had been known for some time, Martini was among the first to use this technique extensively. His frequent use of imitation, along with his use of polyphonic quotations, strongly influenced the succeeding generation of composers. With the publication of this edition, it will now be possible for scholars to assess fully his music and its importance in the development of the imitation mass of the sixteenth century. The edition includes the eleven known masses by Martini, two others recently attributed to him, and the models for the masses based on chansons.
Copyright © 2023 A-R Editions. All rights reserved