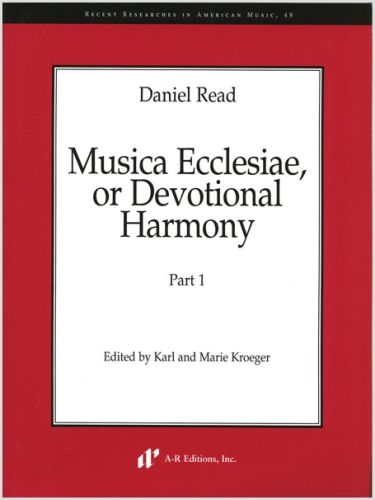 This edition is a set of three volumes, each sold separately.

Add to Wish List
Abstract
In the years following the Revolutionary War, Daniel Read (1757–1836) was a popular composer of hymn and fuging tunes and a successful compiler of tunebooks. During the last decade of his life, he compiled Musica Ecclesiae (1832), a tunebook that he offered to the American Home Missionary Society to publish for its profit. But the Society declined his offer, and the book was never published. Musica Ecclesiae consists of 405 pieces arranged for three or four voices with instrumental support from the organ. Most of the pieces are of European origin but are edited and harmonized by Read. He includes twenty-six of his own tunes that had never been published. The edition, in three volumes, includes many of the most popular psalm and hymn tunes of the day, along with the editors' historical introduction, Read's extensive discussion of musical rudiments, a critical commentary, and several indexes.
Copyright © 2022 A-R Editions. All rights reserved