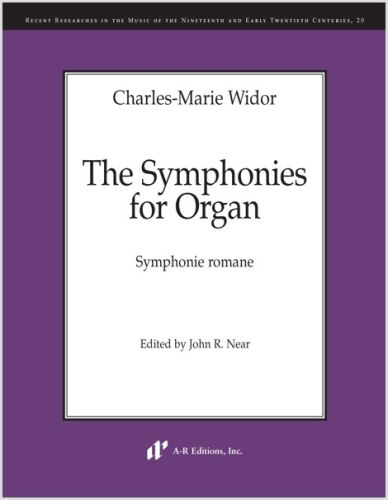 Edited by John R. Near

978-0-89579-381-2 Full Score (1997) 9x12, xxiii + 39 pp.
$35.00
In stock
SKU
N020
Add to Wish List
Abstract
Charles-Marie Widor reached a pinnacle in the art of organ composition with his final organ symphony, the Symphonie romane, opus 73 (1900). The introduction to this edition includes an essay on the Symphonie romane, an accounting of its first performance, a detailed discussion of its sources, a statement of editorial policies, and information about Widor's registrations. Five years earlier, in the Symphonie gothique, Widor had sought to bring his organ art into the realm of sacred art by including plainsong in two movements. With the Symphonie romane, he turned wholeheartedly to this endeavor; sacred melody became the very fabric of the symphony's structure as the Easter gradual "Haec dies" was woven into all four movements. What resulted was the work many consider to be Widor's greatest organ masterpiece.
Contents
I. Moderato
II. Choral: Adagio
III. Cantilène: Lento
IV. Final: Allegro
Reviews
Lawrence Archbold, The American Organist, March 1998; Magazine Orgue, Oct–Nov 2000
Copyright © 2022 A-R Editions. All rights reserved